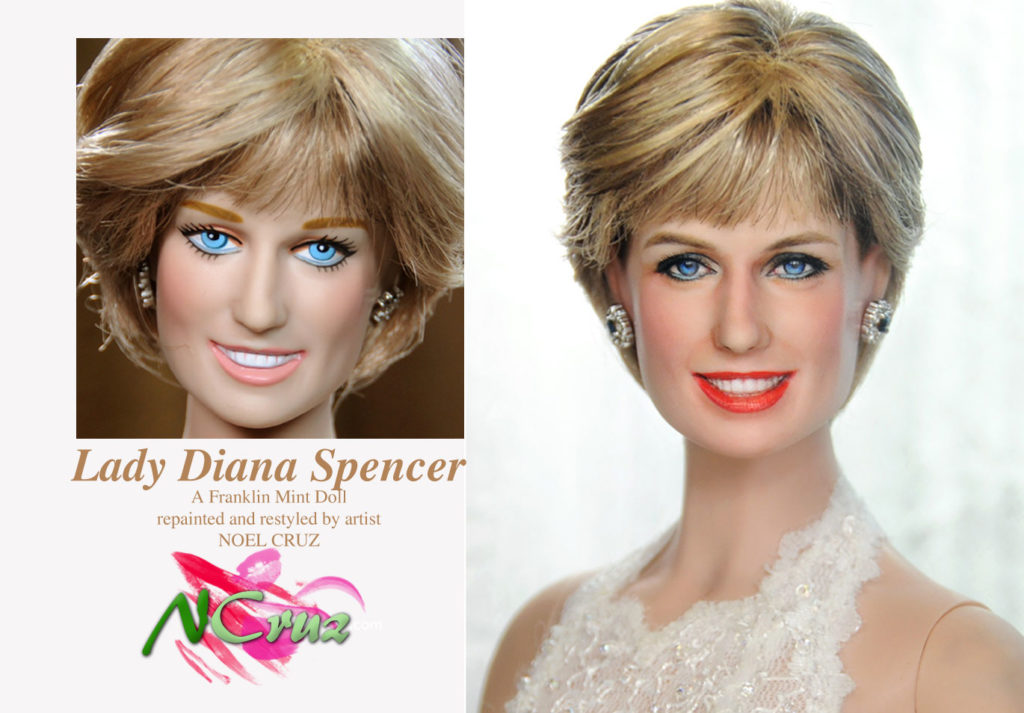 The Sculptor: The Hero of the Artist
by Steve McKinnis
stevemckinnis.com

Unbeknownst to most folk, or of no thought at all is the person behind the Mattel, Hot Toy or Tonner Sculpt of a collectible doll, sometimes a specific celebrity. Many of these companies, like Franklin Mint and Disney too, don’t list, reveal or credit the sculptor of any given doll. More often than not the sculptor like many artists who work on the preliminary dolls (or prototype) have signed a contract prohibiting them from showing the work they have done or even being able to show or post what they did do to any form of media. Be it Facebook, twitter or anything else, they are prohibited from exhibiting their part in the process.

Noel Cruz has often stated and still states unequivocally, that the basis for the best possible repaint of a celebrity is the underlying sculpt. He has also painted many dolls where in that particular sculpt wasn’t ever intended to be a specific person (living or dead) and the mastery of his craft is very apparent on both formats.

The reality is Cruz feels that all artists involved should be able to take credit for their work. Cruz himself has often wanted to commission a sculptor but has no idea who it was that sculpted a great sculpt, take the Farrah Fawcett sculpt done for Mattel. Cruz would love to have a non-smiling version. Who do you contract? Where do you start? Mattel won’t release or share the name of the original sculptor. That’s their right. They paid for the work and the artist/sculptor who did it agreed to their terms.

Cruz often gives credit where a doll company and production company would not: to the nameless sculptor who continues to do amazing and detailed work but without any namesake recognition. So credit must end up going to the doll company that produced the said doll that ended up being stripped of its factory paint, then restyled, sometimes re-rooted, then repainted.

The ultimate ability to breathe life into these three dimensional canvases, especially one that was never molded or intended to be a specific person goes to the artist. It takes a lot of skill and mastery to give the correct depth, via shading and light to create the nuances of a smile, a smirk or a glint in the eye of that collectible and Noel Cruz has become a name recognized for that ability. A humble and quiet man in Anaheim who makes his living auctioning and being commissioned to repaint and restyle a doll in the likeness of someone’s favorite celebrity.

Some generic Barbies or other dolls that become someone other than the original intention of the doll company shown (like two versions of Angelina Jolie-Pitt from a Basic Barbie Sculpt, a Mattel Ghost Barbie as Farrah Fawcett (a non-smiling version) and a Fashion Royalty repainted and styled to become Bo Derek. As wells as factory produced molds of Michael Jackson (two different hot toy versions), Beyonce Knowles, Diana Ross both by Mattel. Franklin Mints of Lady Diana Spencer and Marilyn Monroe and more.

To see more of Noel’s work visit his web site at http://www.ncruz.com.