If you haven't seen the movie... WATCH IT! If you loved it, then check out these pre-order figures on SideShow! 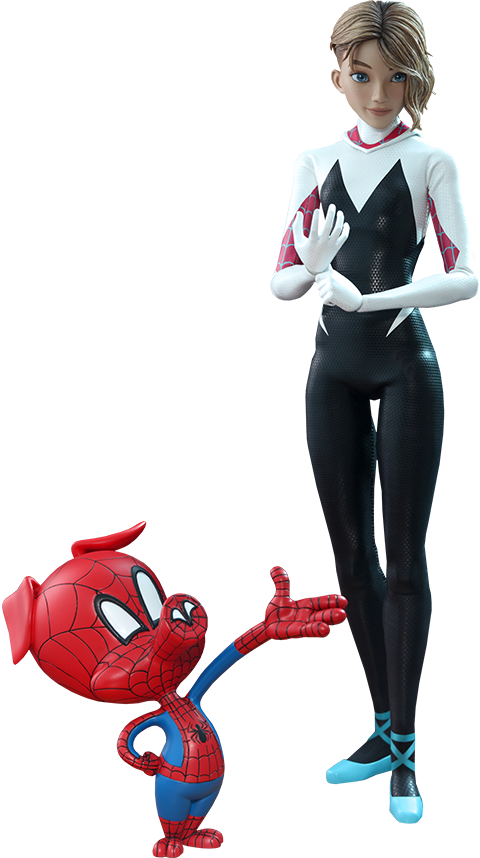 “My name is Gwen Stacy. I was bitten by a radioactive spider. And for the last two years, I’ve been the one and only Spider-Woman.” – Spider-Gwen

Gwen Stacy is a young woman from the New York City of an alternate universe where she was bitten by a radioactive spider instead of Peter Parker, and became her world’s Spider-Woman, known as Spider-Gwen. Being pulled into the home universe of Miles Morales, Gwen joined several other Spider-People for an interdimensional team-up.

Following the debut of Miles Morale Sixth Scale Collectible Figure inspired by the Spider-Man: Into the Spider-Verse movie, Sideshow and Hot Toys present the Spider-Gwen Sixth Scale Figure coming from another dimension.

The Spider-Gwen figure is swinging her way into your Spider-Verse collection!

ABOUT THIS SIXTH SCALE FIGURE

“My name is Miles Morales. I’m the one and only Spider-Man…at least that’s what I thought.”

Having a hard time adjusting to this new school environment, Brooklyn teenager Miles Morales becomes Spider-Man of his reality. While struggling in his new identity to defend justice, Miles learns to unlock the hero inside himself with the help of his new friends.

Based on the Spider-Man: Into the Spider-Verse movie, Academy Awards winner for the Best Animated Feature Film, Sideshow and Hot Toys present the Miles Morales Sixth Scale Collectible Figure to expand on your Spidey collection! 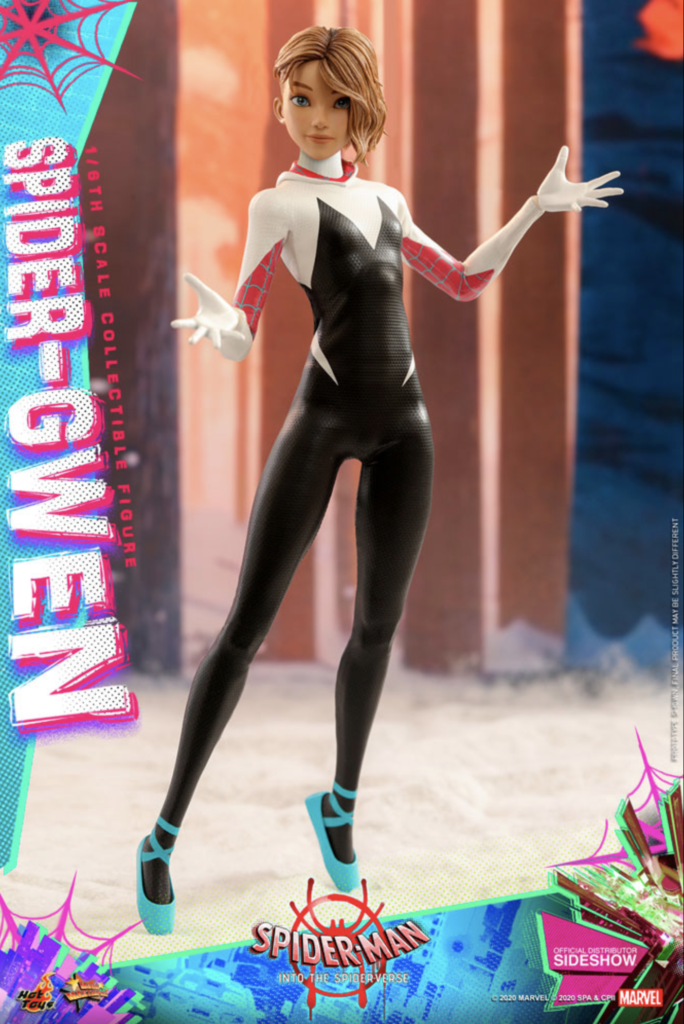 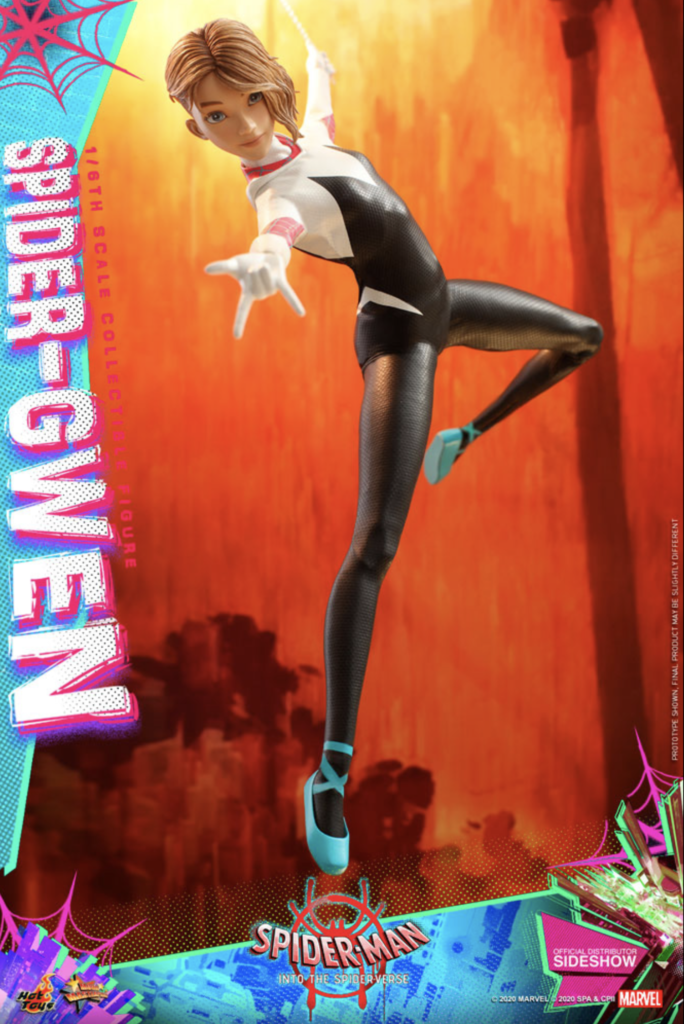 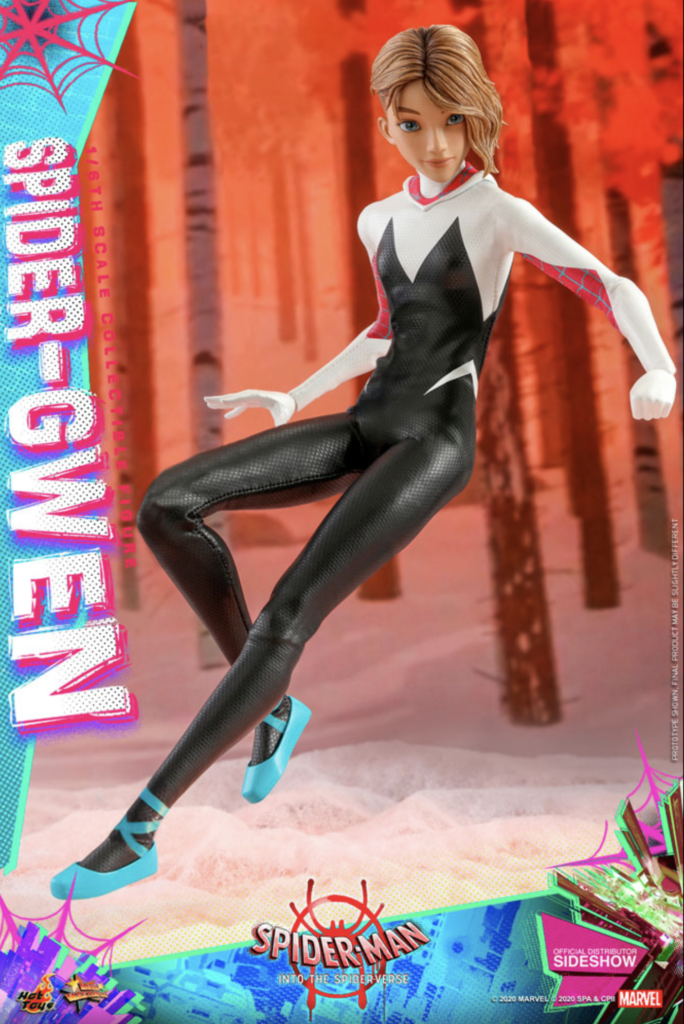 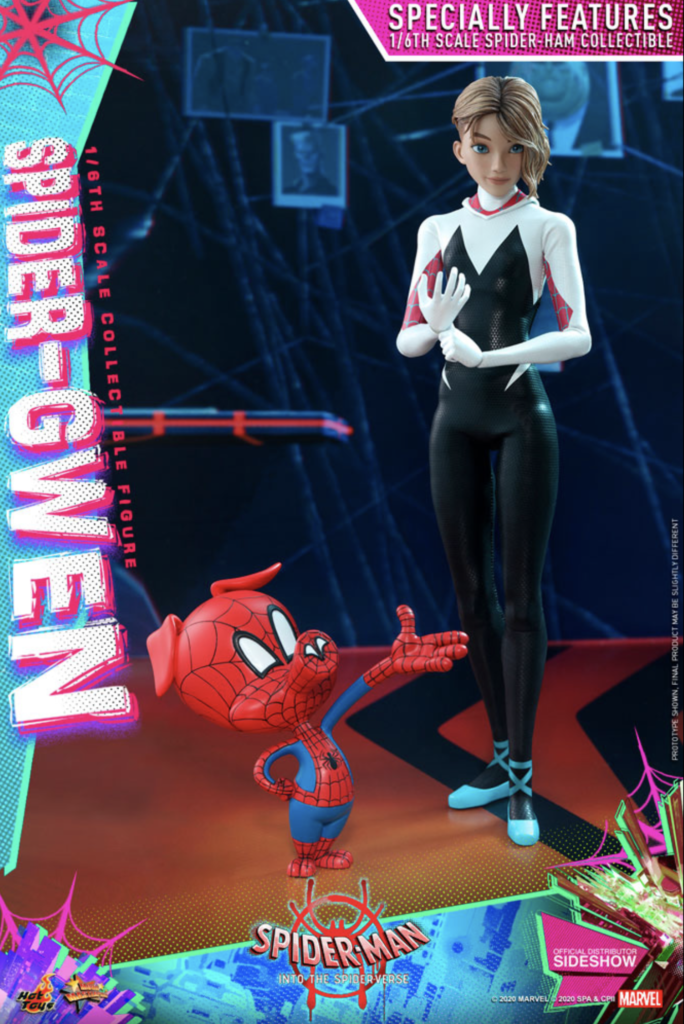 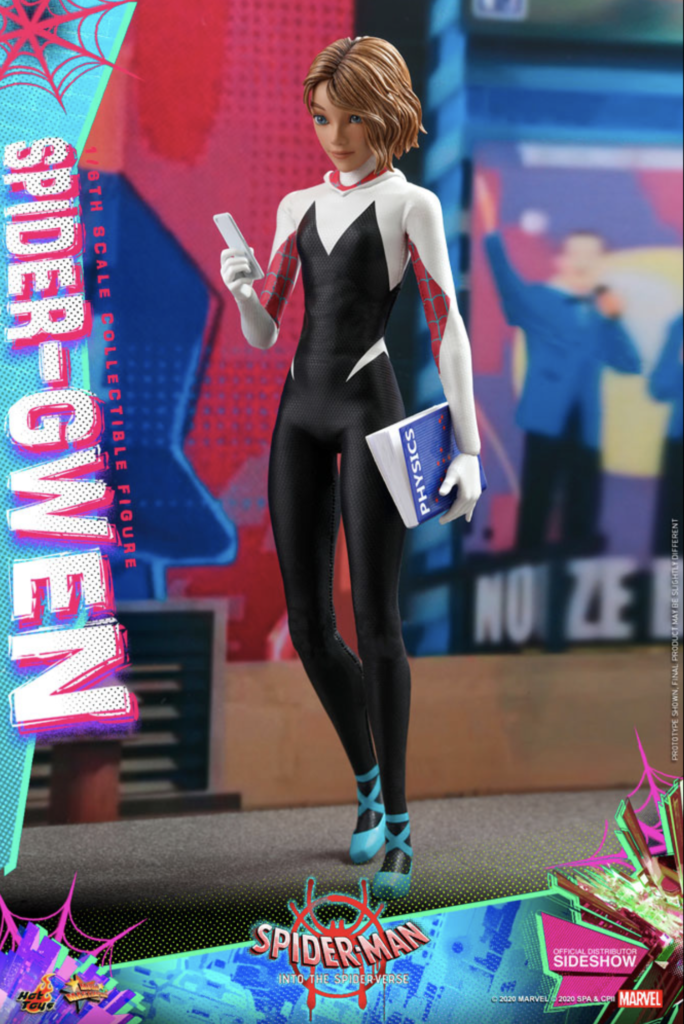 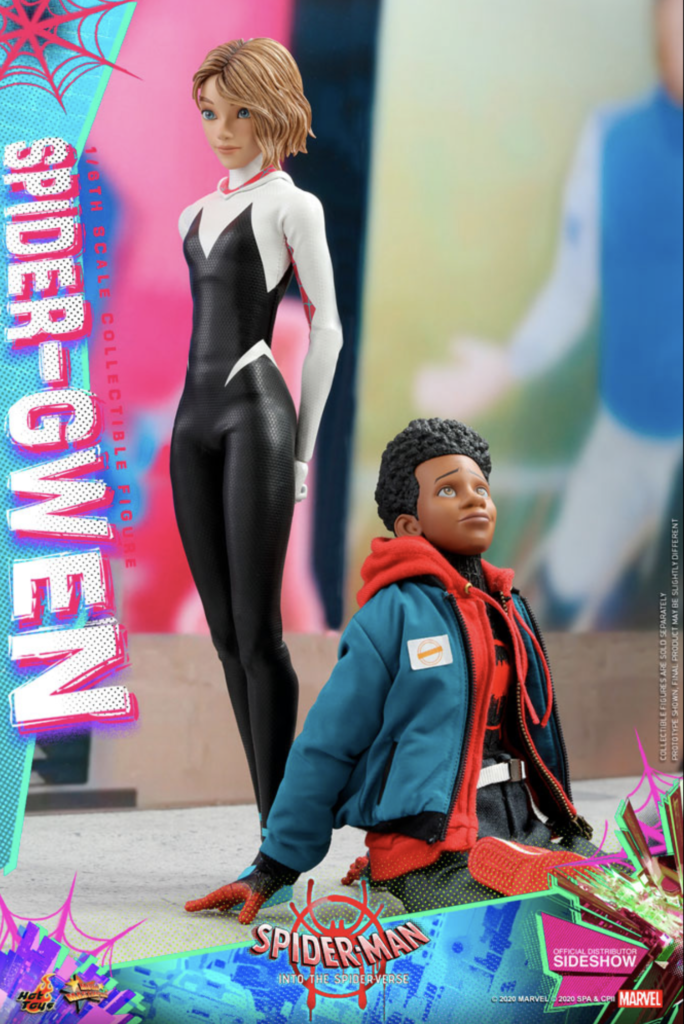 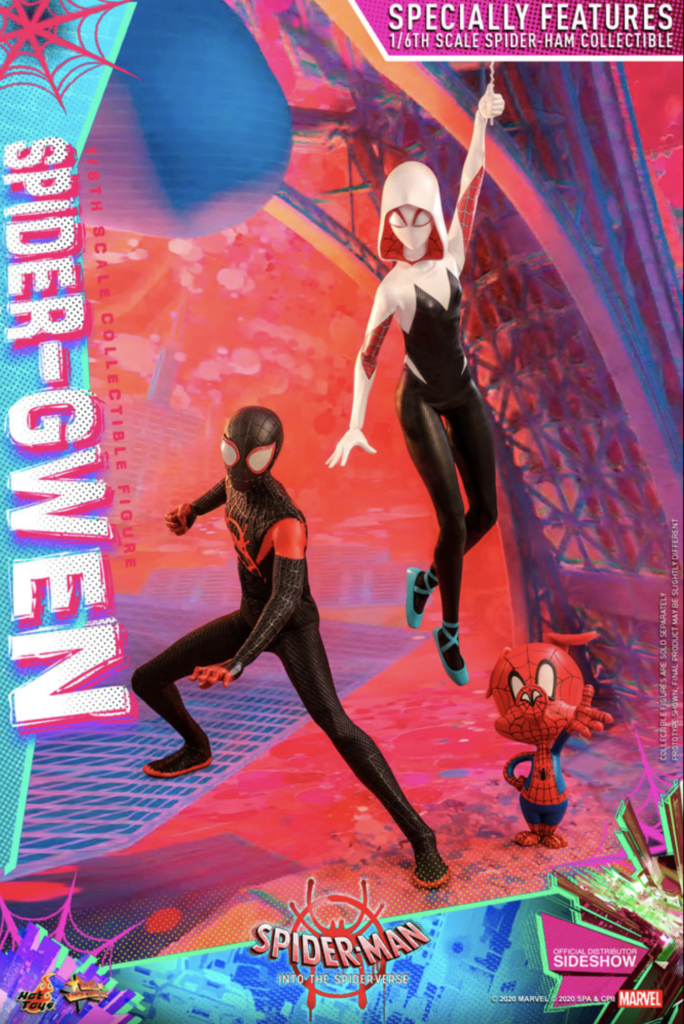 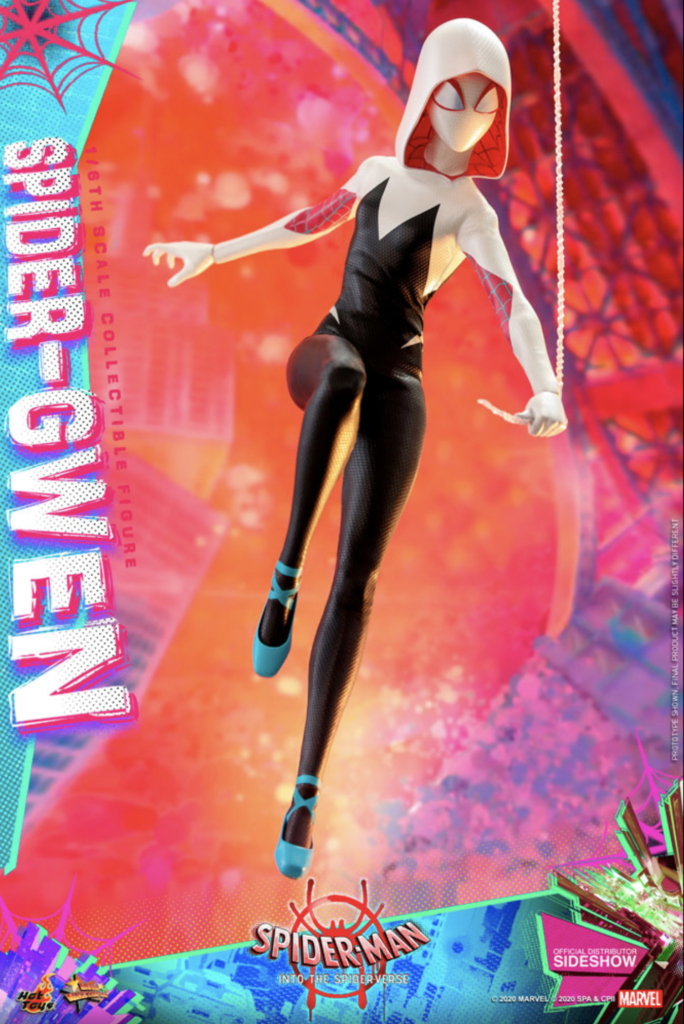 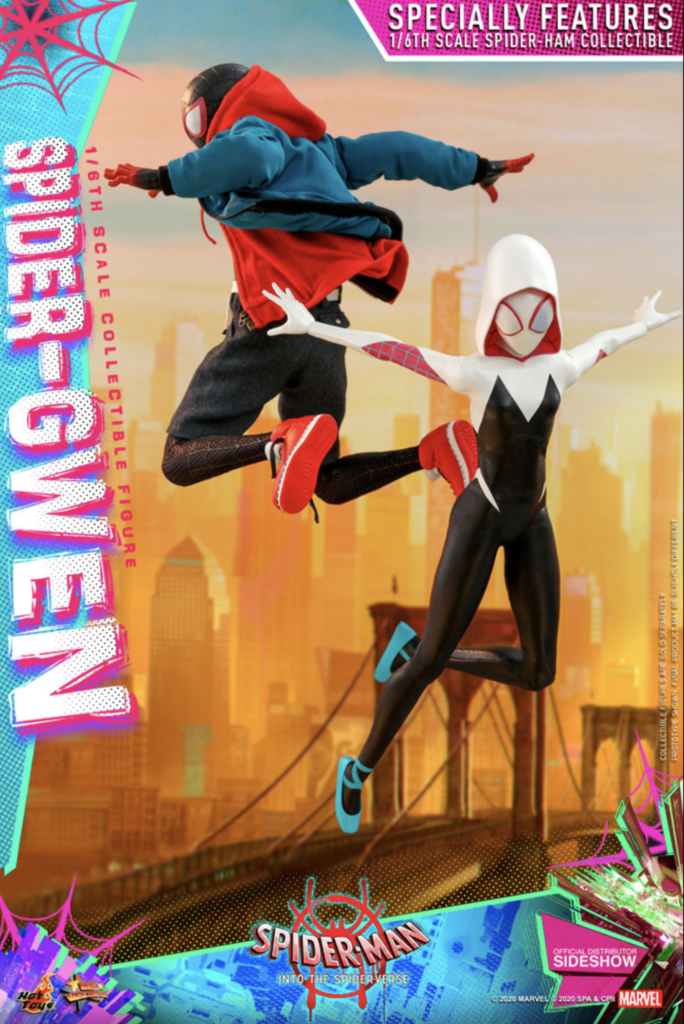 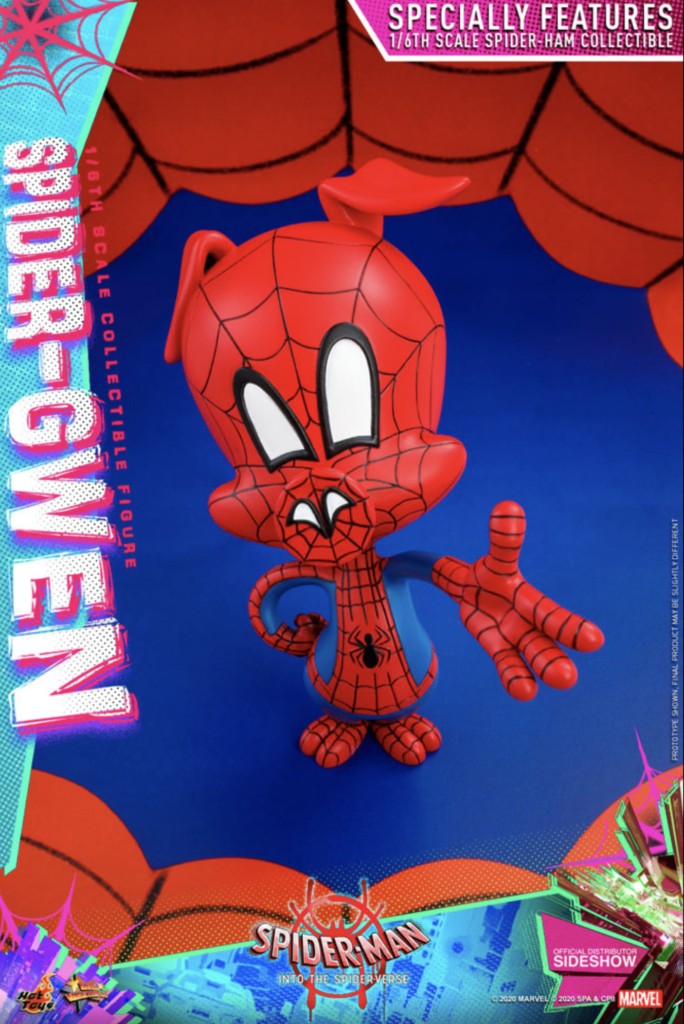 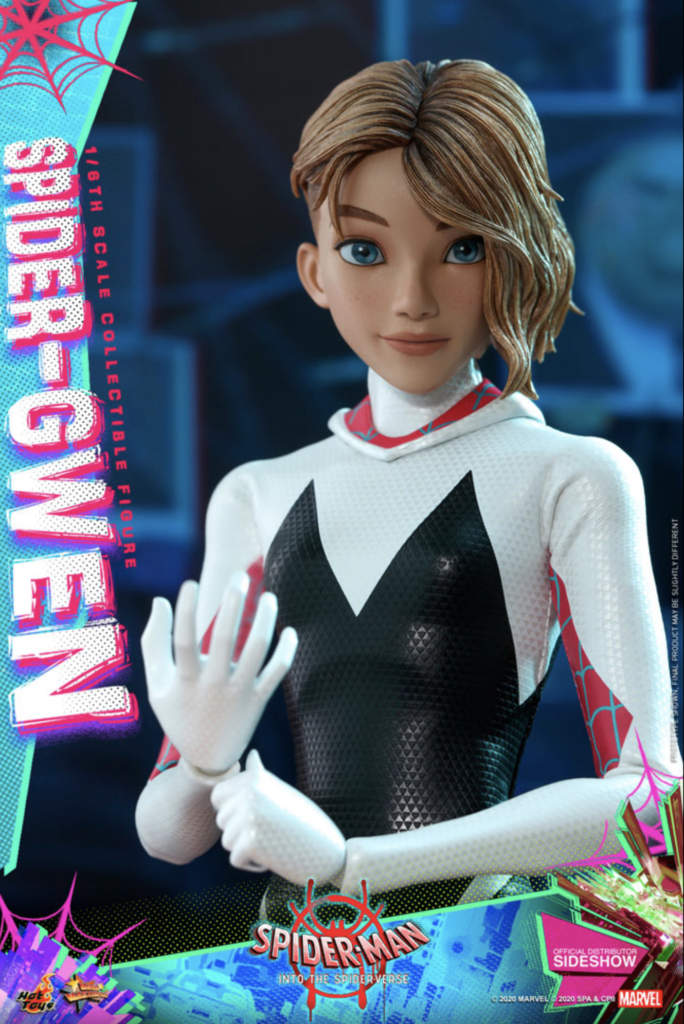 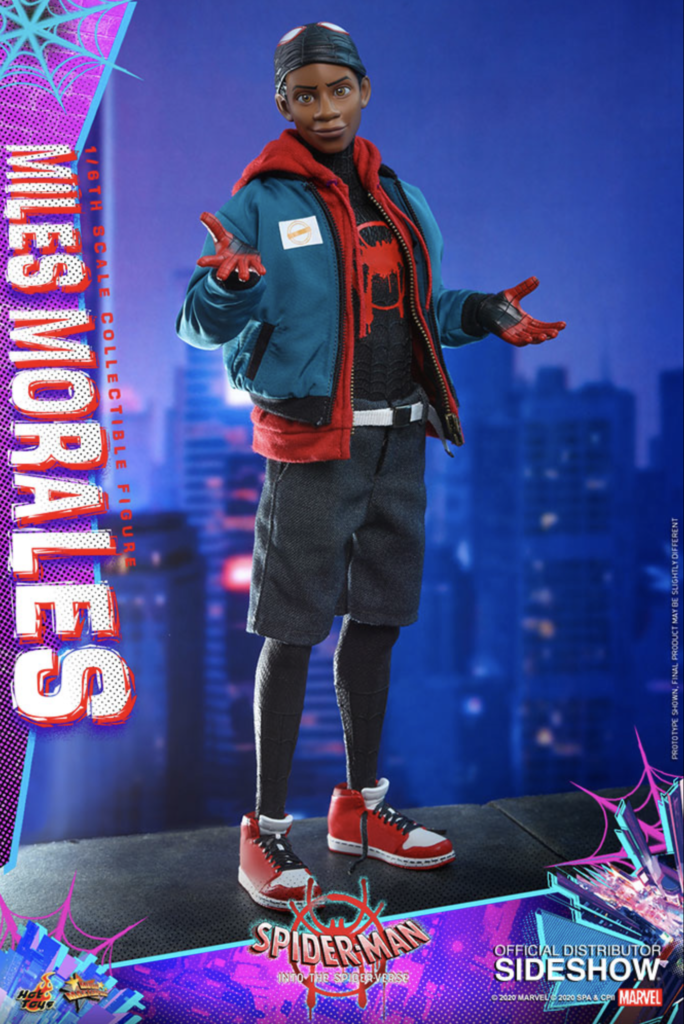 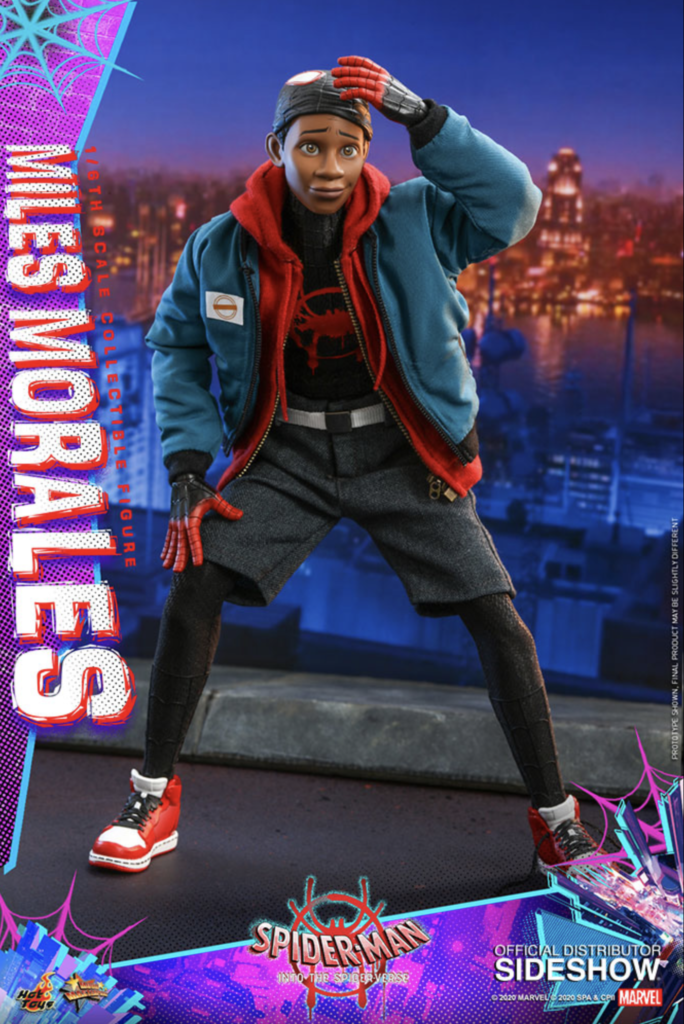 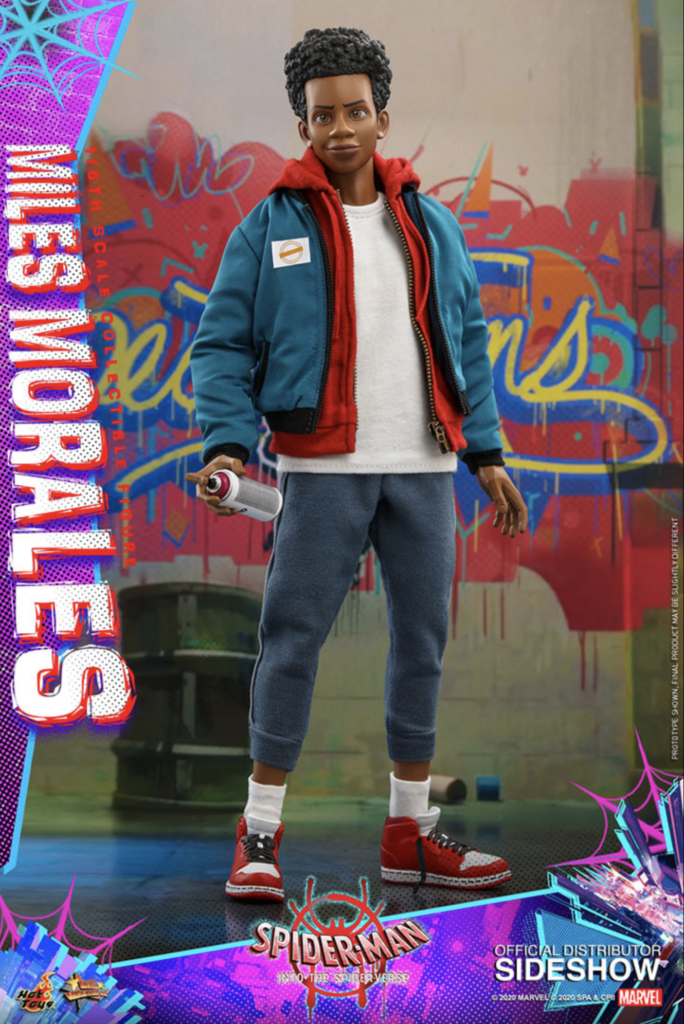 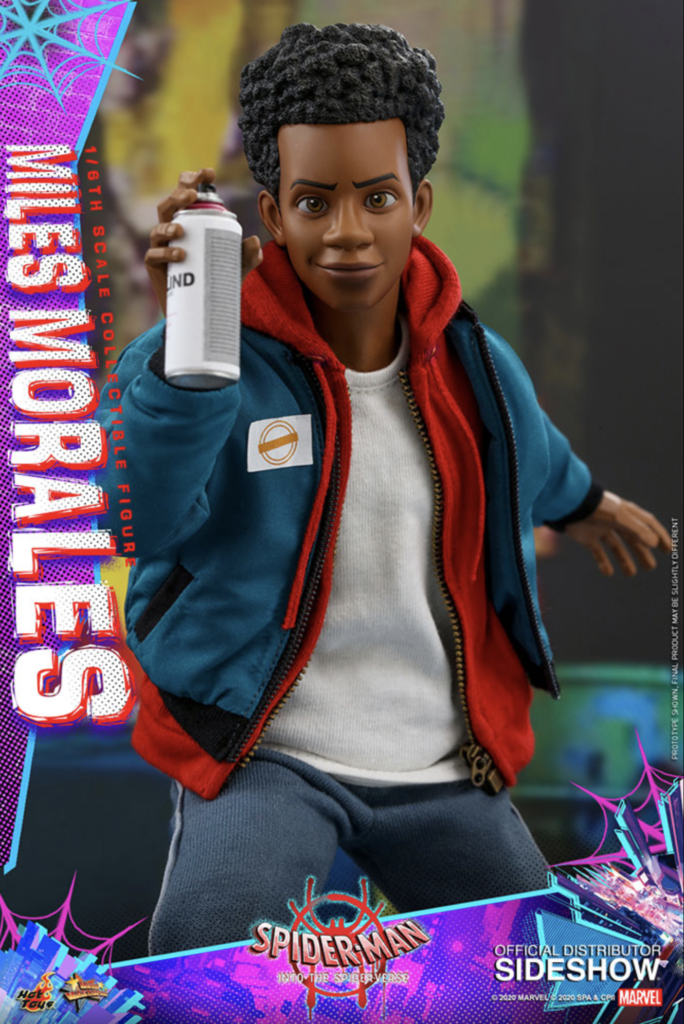 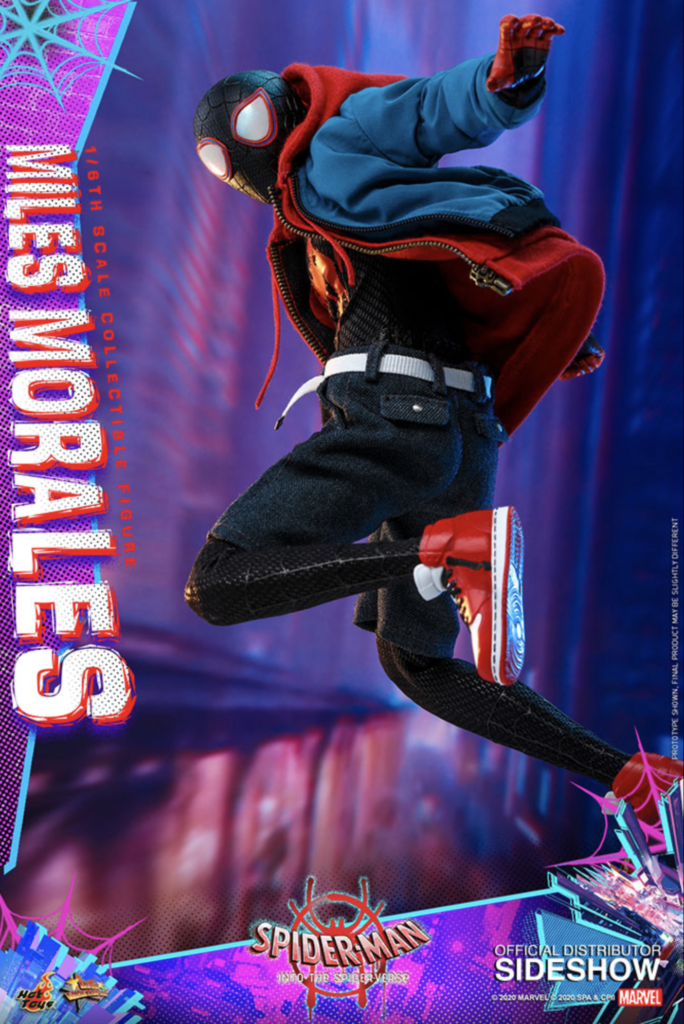 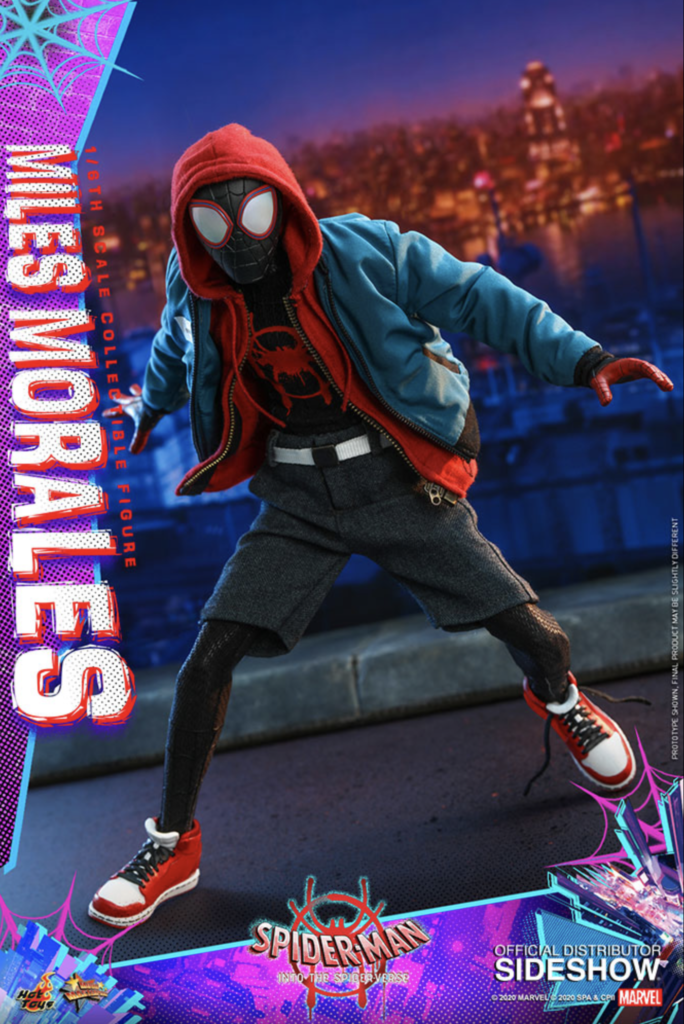 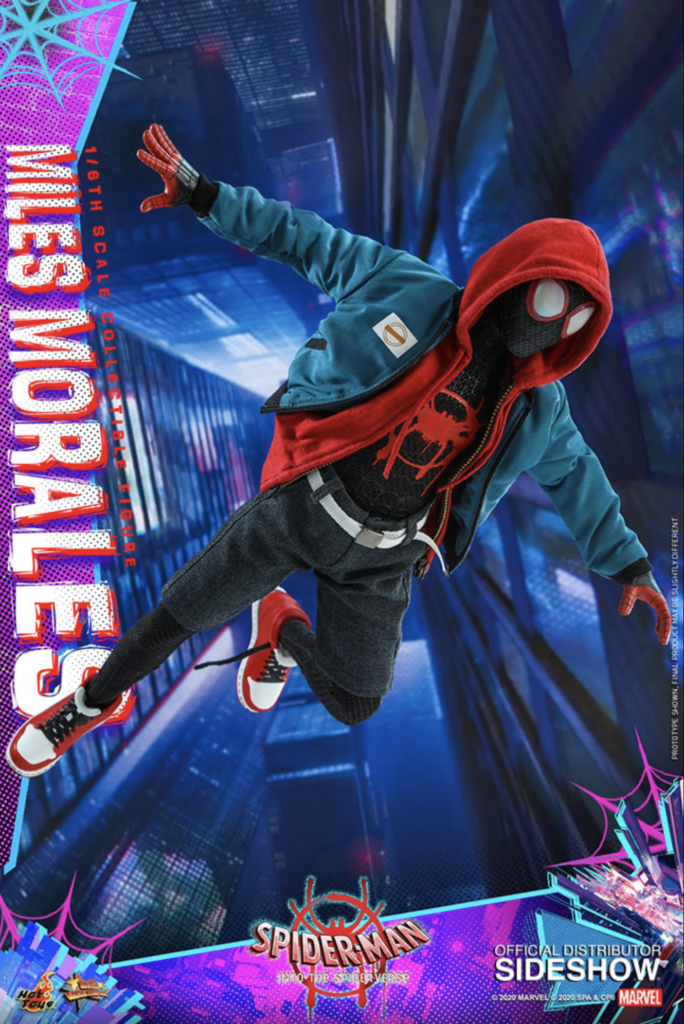 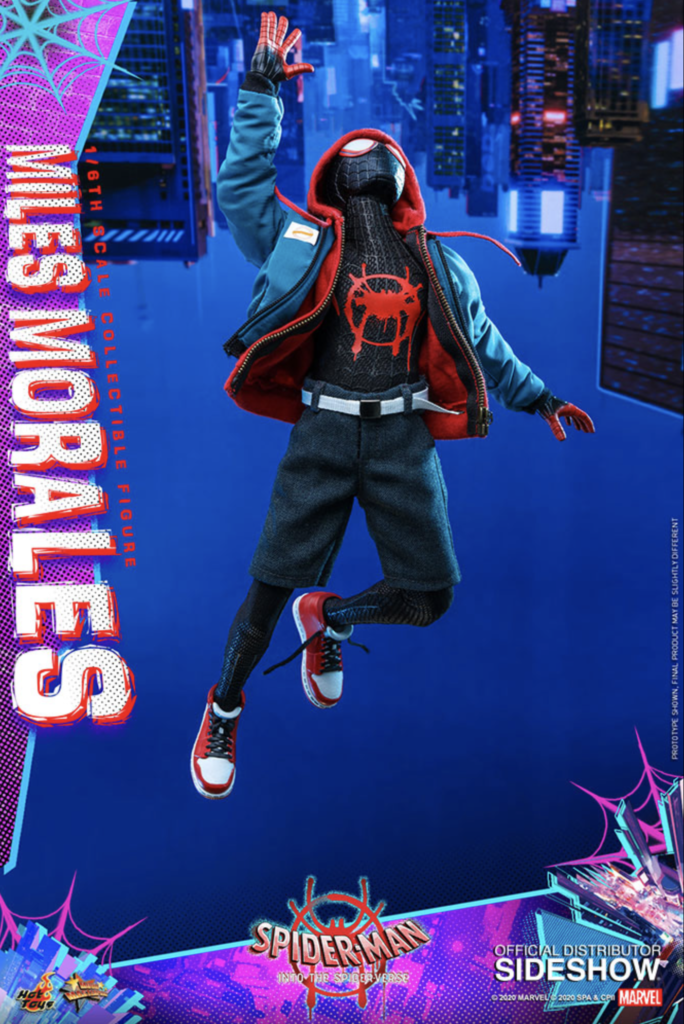 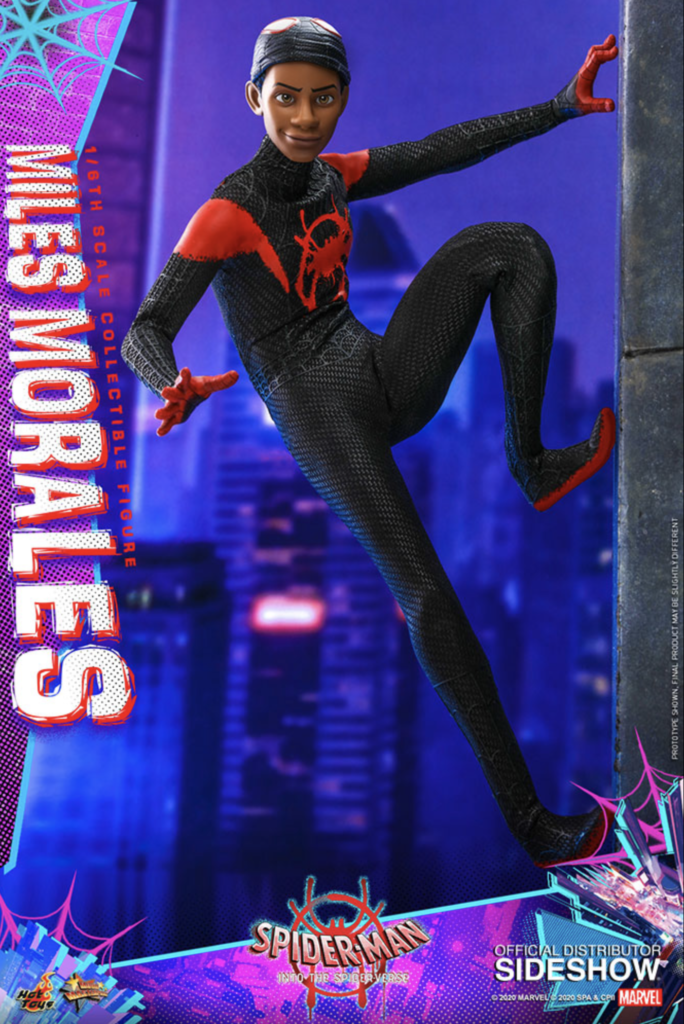 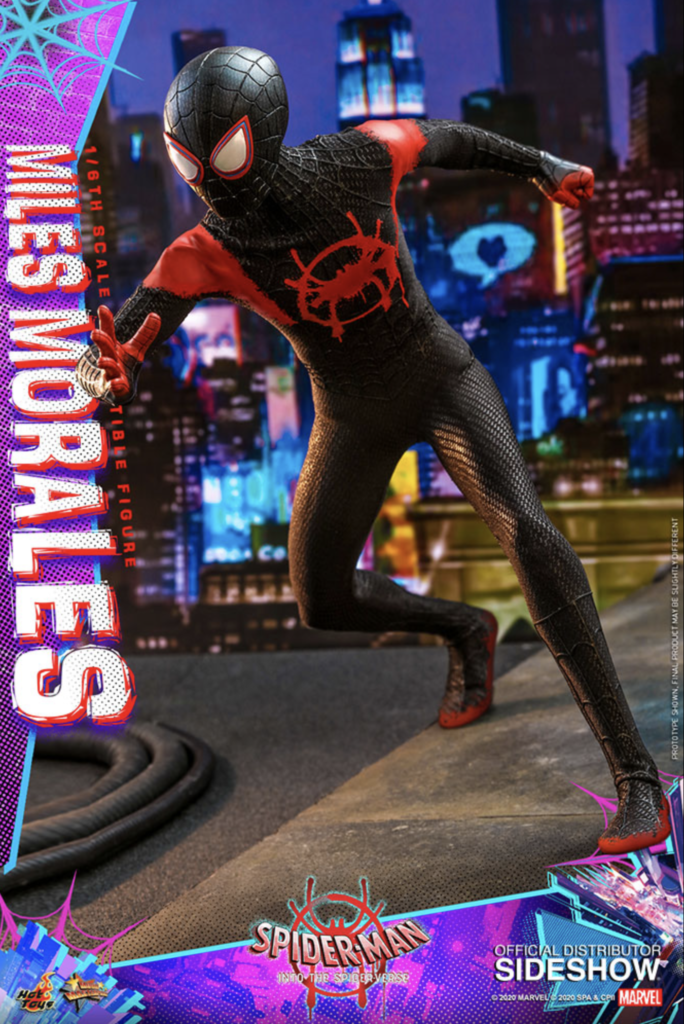 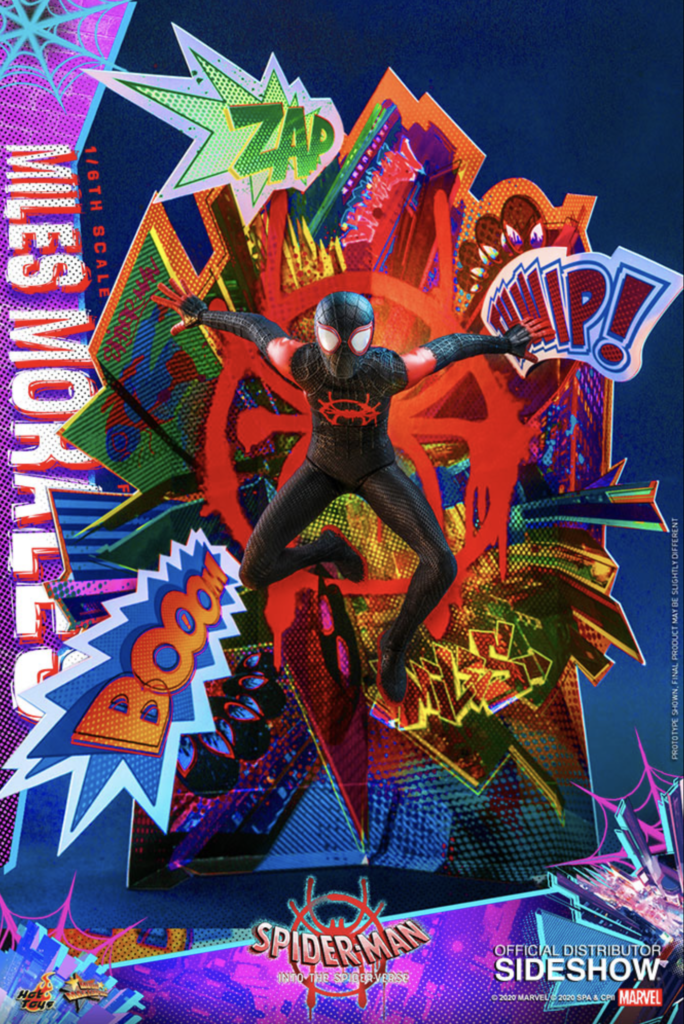 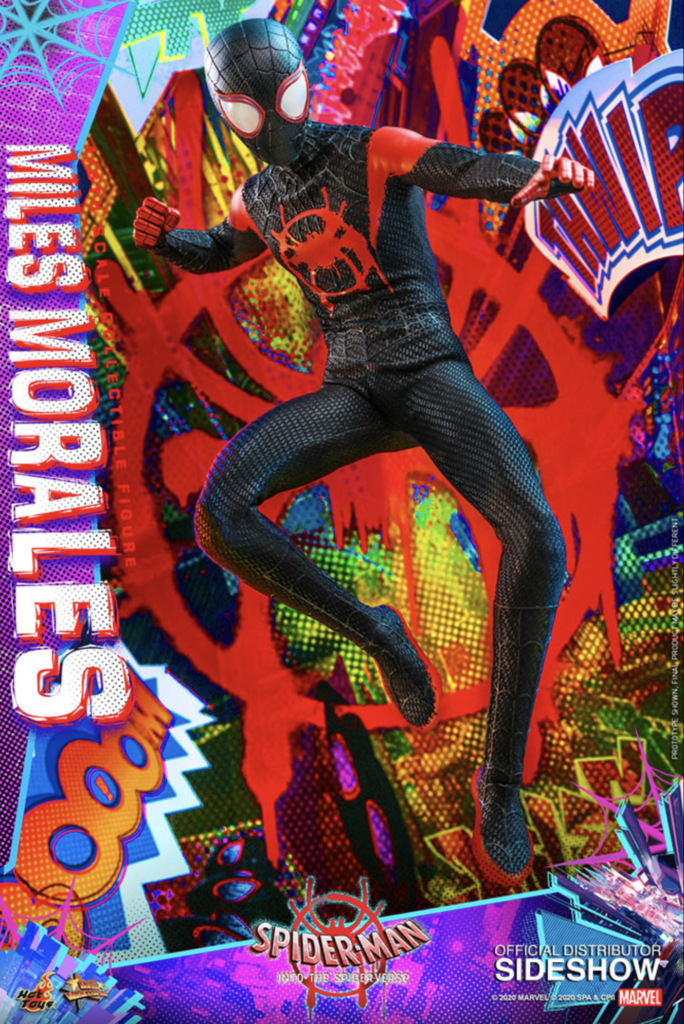 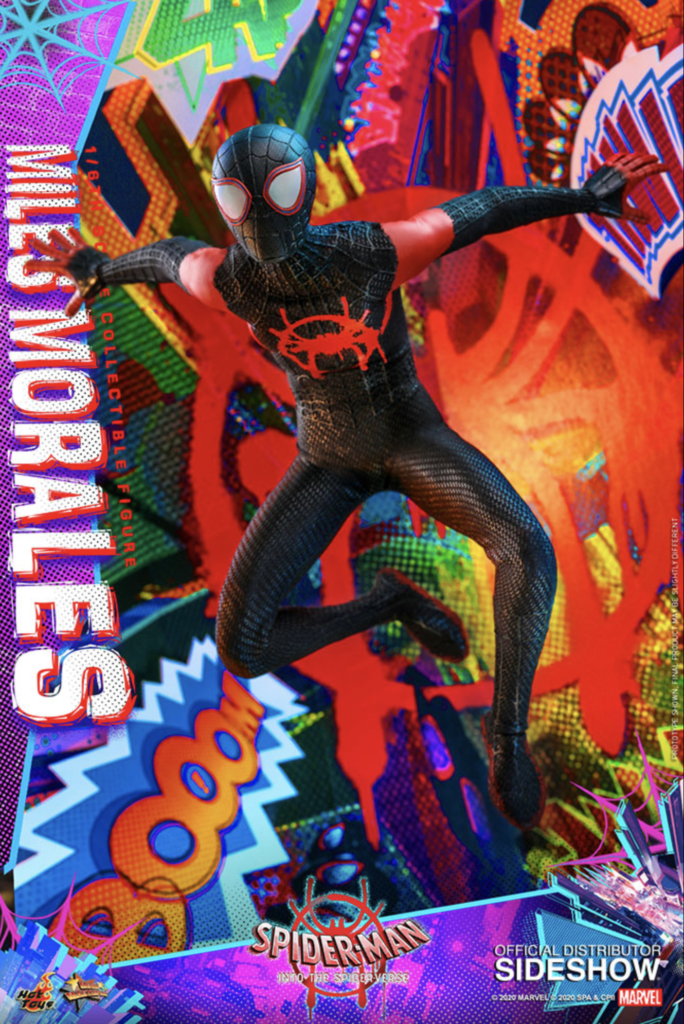 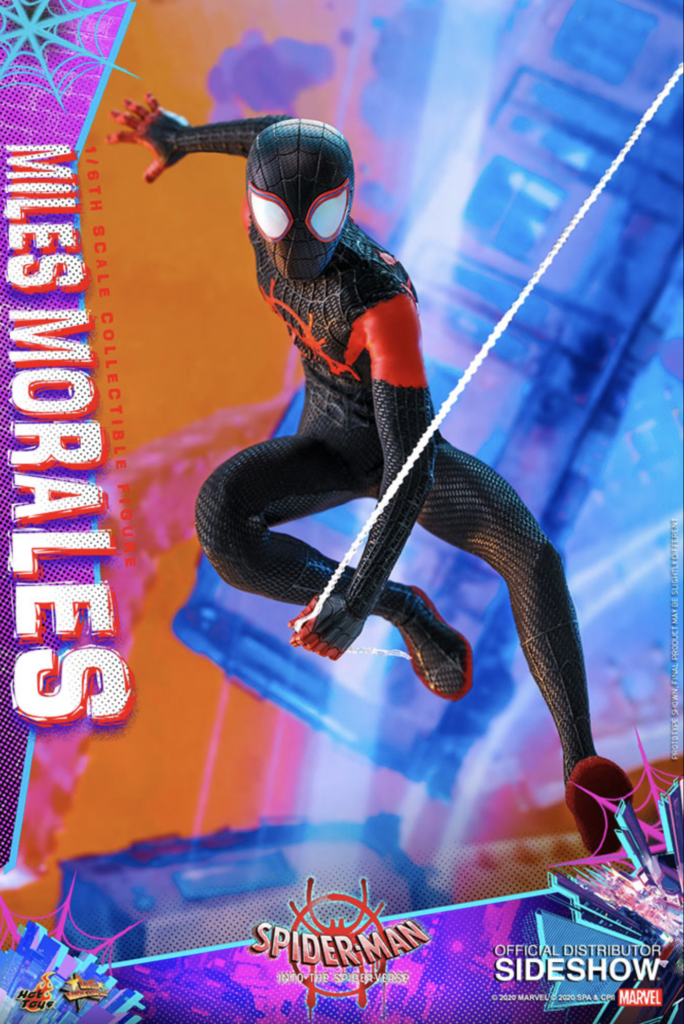 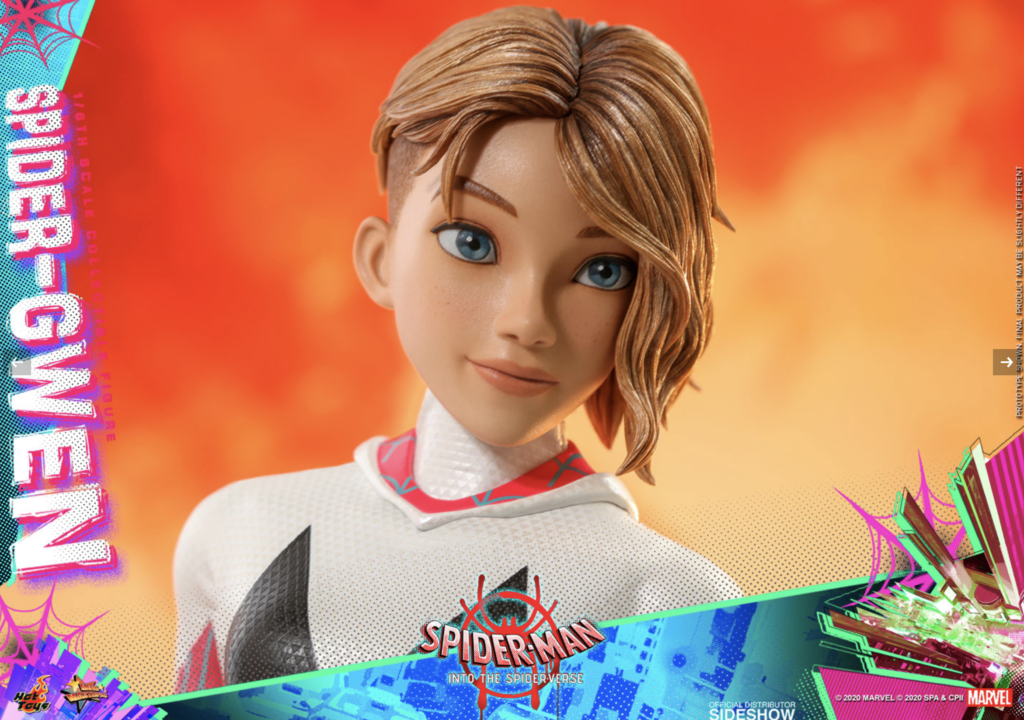 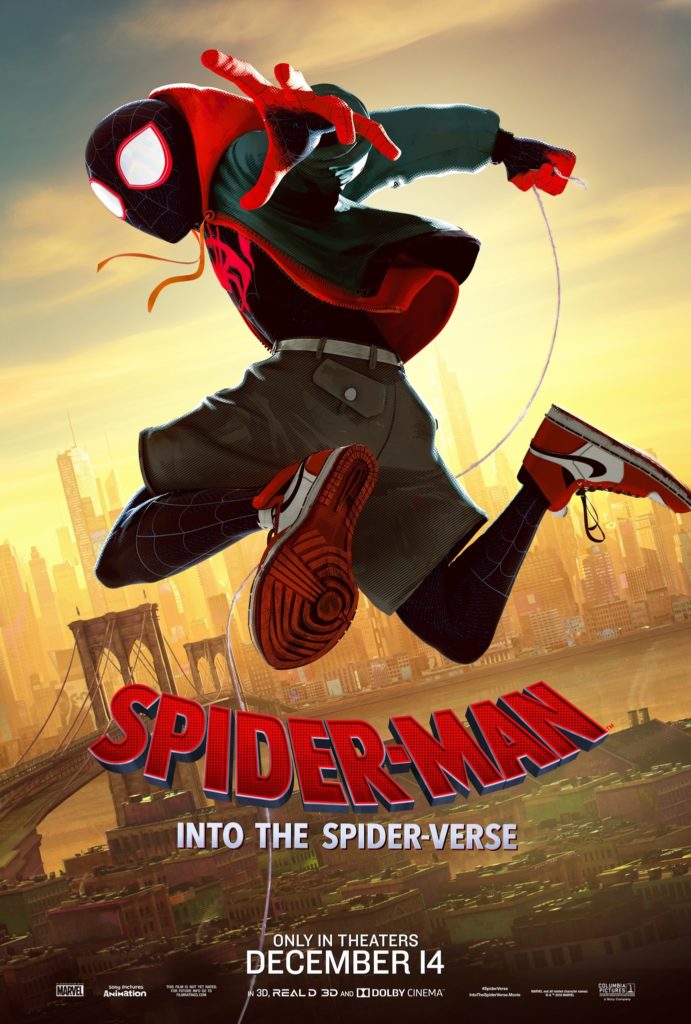